Being the parent of an addict or alcoholic, you want to know that your child is safe. This includes both active addiction and while in rehab. They have finally made a decision to get clean and sober, go to treatment, and continue their sobriety in a halfway or three quarter home. This is great news!

What if we told you not everyone who enters the industry of helping addicts, is in it for the right reasons? Shocker? Probably not. Nevertheless, the story we are about to tell you may be troubling to say the least.

A recovering addict by the name of Eric Snyder, is just one of many who took advantage of addicts and their families. Selling the idea that he wanted to help the next alcoholic and addict, young people flocked to Delray Beach and entered his sober homes.

Snyder, an opiate addict from New Jersey, did the same as many. After completing a stay at rehab, he went to a Florida halfway house in the hopes of establishing continued sobriety. After just a year in recovery, he found himself in the sober home business.

A Safe Place LLC, the very place Eric Snyder was a resident at, was soon owned and operated by him and friend Carie Lyn Douglas. After the original owners left town and lenders foreclosed on the property, they took it upon themselves to begin moving residents of A Safe Place LLC to other properties they rented.

The first property they used as a sober home, was a three-bedroom house with a monthly rent of $1450. After building a wall and making the dining room another bedroom, Snyder and Douglas were able to squeeze 8 newly sober individuals into this house. Charging each person $200 per week in rent, they made a $5000 profit each month after paying rent to the owner. Eventually, the duo stopped paying rent to the owner entirely.

You see, the real profit is not found in over-charging people for rent. The majority of financial gain to be had is in drug screening. Snyder and Douglas knew this, treating young addicts with good health insurance as a meal ticket. Insurance companies can pay up to $5000 for one drug screening. Although the usual reimbursement is anywhere between $1500 and $2000, after screening one person 3 times a week, the money adds up.

While Snyder boasted about new cars, casino winnings and tattoos on his social media accounts, complaints started to roll in. Doctors and therapists alike resigned from Real Life Recovery, both noting the forging of their signatures on medical records and orders for urine screens. There were also anonymous complaints made to the Department of Children and Families (DCF), that a nurse was giving residents prescriptions that were written for someone else.

Then a lawsuit was filed by a mother, whose daughter was once a resident at Halfway There. Her name was Nicole Cronin. After she had relapsed, Halfway There’s inexperienced and ill-equipped house managers put her up in a run-down motel. Nicole died of an overdose.

In a deposition released on Thursday, the former medical director of Real Life Recovery, Dr. Michael Ligotti, said he had never seen or ordered drug testing for Cronin. Nicole’s mother, who is suing Eric Snyder, has bills showing Ligotti’s orders. Whether someone forged his signature or not, is unclear at this time.

The corruption eventually caught the eye of a federal task force that was investigating millions of dollars in patient brokering, insurance fraud and kickbacks. In December of 2014, the FBI raided Halfway There and Real Life Recovery offices. Six months later, Snyder sold the business to Satori Waters.

Snyder made an estimated $50 million at the expense of addicts, families and professionals. Instead of treating addicts as human beings and giving them the care that they needed, Snyder saw them as currency. While he lined his pockets, many relapsed and some died.

While the drug epidemic continues to grow, more individuals need help than ever before. Due to this, the number of former addicts and alcoholics who want to enter the treatment business has also skyrocketed. Before you send your child to a facility, do your research! Unfortunately, everyone does not venture into this industry to help. There are some who have only one thing in mind, and that is to turn a profit, ultimately using others’ suffering as a means for their gain.

With over 40 years of experience, we have had the ability to establish continuous relationships with other treatment providers. When a person comes to Clearbrook Treatment Centers, it is our sole mission to advocate for the best interest of the patient and provide them with exceptional, individualized care.

If you or a loved one is struggling with alcoholism or chemical dependency, please know there are still plenty of facilities out there that only want to help, starting with us. If you are ready to take the first step and change your life, contact our Admissions Specialists today. Recovery starts here! 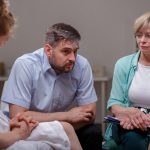 Is An Intervention The Best Way To Help An Addict?Articles, Clearbrook Treatment Centers