Classified as one of the “designer drugs” on the street today, bath salt abuse has increased by 1000% from two years ago.  Poison control centers in the U.S. have reported that in 2010, 304 people sought help from the use of these chemicals, and then in 2013, more than 6,138 calls came in.

There is no way to tell the exact makeup of chemicals that is in any batch.  Primarily, MDPV or mephedrone is the drug that is acting as the agent that gets the person using “high”.  The way stores and online e-commerce sites are selling this product is because the chemists who make it change the compound to avoid legal issues.  They also label the package “not for human consumption”.   The drug can be snorted, smoked, swallowed, or injected.  There was a case reported in Tennessee of a woman who used a needle to inject the substance and the muscle tissue in her arm died.  This same woman’s continued use resulted in her death a short time later.

Bath salts are referred to on the street by a variety of different names.  Some of them are blue wave, purple pop, zoom, and cloud nine.  Some of the detrimental health consequences are increased heartbeat, headaches, hallucinations, and extreme paranoia.  When it comes to the paranoia, many people become suicidal.  Even more dangerous is people using bath salts become violent towards others.  There have been multiple reports of someone who used the substance was so delusion that they committed murder.

At Clearbrook, like any other drug that is being used, we beg you to call and get help.  When it comes to the use of bath salts time is of the essence.  The reaction that it causes in the brain is unpredictable from use to use.  We have been treating addiction to bath salts at Clearbrook from its onset to the streets of our country.  Like any other drug, medical professionals along with clinical professionals need to address this issue. Synthetic Marijuana – As Dangerous As Any Other Street DrugArticles 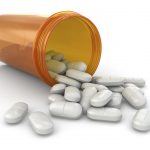