With the opioid drug crisis looming over our heads, it is easily understood why so much focus is centered on the addiction to drugs such as heroin and prescription opioids. Nevertheless, we should not quickly forget about addictions to other drugs, as recent reports now tell us they are on the rise. Last month, we featured an article discussing alcohol abuse, and how the addiction to this substance continues to plaque our nation. Unfortunately, like many other substances, alcohol and the addiction to it, gets overlooked by many.

The same has been true for other illicit drugs, although the numbers related to abuse and dependence are baffling. Today, we would like to discuss another looming drug crisis on our hands, stimulant drug addiction and overdoses. It is important that we are aware of the rising statistics, as to shed a light on its prevalence, so one day we do not find ourselves in the same boat as we do with opioid addiction.

Stimulant Drug Addiction On The Rise

Stimulant drug addiction has been around for countless decades, dating back to the 1800s, when cocaine and methamphetamines were first synthesized. Now, in 2017, there are various forms of stimulants, ranging from both illicit and legal, prescription medications. The one thing the all have in common is their potential for abuse, which now has so many addicted.

New reports tell us that stimulant drug addiction is rising is parts of the country, particularly in the West, Florida, and Maine, as arrests and deaths increase substantially. Many experts believe if we do not focus on this issue immediately, it will become a full-blown crisis in the years to come. The Husson University School of Pharmacy in Bangor, Maine documented a 170% rise in methamphetamine arrests in Maine from 2015 to the first quarter of 2016. Stephanie Nichols, PharmD, associate professor of pharmacy practice at the university says, “This will be big in the next 5 to 10 years if we don’t look at it now.”

Jim Hall, an epidemiologist at Nova Southeastern University in Broward County, Florida is singing a similar tune, mentioning a notable spike in cocaine and methamphetamine-related deaths. Nevertheless, he also points out the importance of not categorizing one drug addiction from another as separate drug crises. This is largely because of the high number of those who struggle with polysubstance abuse, an addiction to more than one specific substance. This is often the case with many drug users, as they attempt to “balance out” the effects of particular drugs. For instance, a heroin user may also use cocaine, when they feel too strong of an effect, such as drowsiness, from the opioid.

What Are The Numbers?

While drug overdose deaths related to prescription opioids are beginning to level-off in recent years, the Centers for Disease Control and Prevention (CDC) reports that cocaine and methamphetamine-related deaths are sharply increasing. Among the 64,000 drug overdoses last year, 18,000 were due to stimulant drug use, such as cocaine and methamphetamines.

Additionally, it is important to note that many drug overdoses over the last several years were not caused by one single substance. Many times, after an autopsy has been performed, medical examiners find a combination of drugs in a user’s system. This can include many drugs such as, prescription opioids, prescription stimulants, heroin, cocaine, and fentanyl.

National statistics show that in 2010 the number of overdoses where both cocaine and opioids were present was equal to the number of overdoses just involving cocaine. Since then overdose deaths involving both drugs has nearly doubled, and deaths related to cocaine has risen 9%. While the mixture of these drugs is deadly enough on their own, there may be another cause for the rising number of overdoses. Much like heroin, cocaine can be mixed with drugs like fentanyl, without the user’s knowledge, leading to more deaths.

The Drug Enforcement Administration (DEA) issued an intelligence brief this year regarding the cocaine supply in America. Since 2007, the U.S. is now seeing the highest level of cocaine supply and the largest increase in domestic usage since 2009. The brief states, “Barring a significant shift in the Government of Colombia’s policies, drug trafficking organization behavior, or U.S. drug consumer preference, this trend is likely to amplify through at least 2018.”

As opioid overdoses skyrocket, a newer modality of treatment is becoming more popular throughout the treatment community. Dubbed the “gold standard of treatment,” medication-assisted treatment is the new “go-to” method of care. While many advocates and policymakers push to have this form of treatment more readily available to those in need, there is still one major issue at hand.

Rather than treating the whole person and their underlying reasons for becoming addicted, medication-assisted treatment simply substitutes one addiction for another. Those in favor of M.A.T. programs will argue it is the best line of defense, because it lowers the potential for overdose and relapse exponentially. Nonetheless, they are not looking at the whole picture.

As we previously stated, many drug users suffer from polysubstance abuse, and yet M.A.T. programs only offer medication for opioid addiction. Secondly, a combination of drugs are implicated in the rising number of overdose deaths across America. And lastly, the most important piece that is continuously overlooked is the proper treatment one needs to achieve lasting sobriety.

When an addict does not receive the proper care they need to address the underlying causes of their addiction, they will most certainly relapse. Advocates of medication-assisted treatment say that the drugs utilized, such as Suboxone and Vivitrol, staunch the physical craving for opioids. Okay…even if that were the case, what about the mental obsession to use? Or, the physical craving for stimulants and other drugs? That is why, time and time again, many individuals who begin taking Suboxone or Methadone to fight their opioid addiction, spiral into full-blown crack cocaine or crystal meth addiction.

You see, it is not so much the drug that is being used. It is what drugs can do for the person using them. They create a feeling for that person, whatever it may be, that they believe they cannot find without chemicals. In order to fully recover and be free from ALL mood and mind altering substances, abstinence and proper clinical techniques and practices are needed. And, in order to truly make a dent in the fight against drug addiction, we must stop separating one drug crisis from the next. Stimulant drug addiction, opioid drug use, alcoholism, and other substance use disorders should be thought of as one issue entirely.

If you or someone you know and love is currently struggling with alcoholism or chemical dependency, help is available.

For 45 years, Clearbrook Treatment Centers has been treating those who suffer from a multitude of drug addictions, whether it be polysubstance abuse, stimulant drug addiction, heroin addiction, and so on. If you or a loved one is searching for the right place to get the help you need, you have found it.

Please contact our Admissions Specialists today and get on the road to recovery. It will be the best decision you ever make! 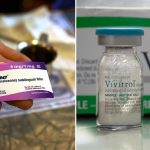