Getting Sober Alone; Can It Be Done?

At some point, every recovering addict arrived at a place where they decided, for one reason or another, that it was time to get sober. These reasons vary for each user.  Some take the first step toward getting clean for financial reasons, or because of friends or family.  Several users on the site Reddit talked about losing their jobs or their homes because of alcohol or drug addiction.  This is sometimes the realization that is needed in order to recognize that a change is necessary.

For others, it may be an encounter with law enforcement that compels a person to make a change.   A drug or alcohol arrest can sometimes force people into recognizing that they have a problem and need help.  The court may even order treatment as part of a sentence.   Most recovering addicts agree, however, that while getting clean on your own may be possible, it is ill-advised.  Many people cite personal experience getting clean on their own only to relapse soon after.  Numerous agree that the only time they were successful is when they sought help in some way, be it in a treatment center, or with the help of groups like Narcotics Anonymous.

Like the United States, Canada has experienced a sharp increase in the number of opioid overdoses and deaths in the last few years. This past September, Prime Minister Justin Trudeau’s administration has made it possible for any physician to be able to apply and begin to treat those struggling with severe drug addiction with pharmaceutical-grade heroin, known as diacetylmorphine.  A clinic in Vancouver, BC has been using the treatment as a clinical trial since 2005, and while the program remains controversial, they have seen success.

Patients come into the clinic up to three times a day for injections.  Candidates for the program are those for whom traditional treatment, including methadone, has failed.  Health Canada released a statement that said “Scientific evidence supports the medical use of diacetylmorphine for the treatment of chronic relapsing opioid dependence in certain individual cases. Health Canada recognizes the importance of providing physicians with the power to make evidence-based treatment proposals in these exceptional cases.” Several European countries have already taken this approach in treating opioid dependency. As the US is facing a similar crisis, should we employ a similar technique?  Some officials say yes, but many are on the fence.  To read more about Canada’s decision you can visit https://www.washingtonpost.com/news/worldviews/wp/2016/09/13/canada-has-just-approved-prescription-heroin/

The drug of choice for many users in Indonesia is methamphetamine.  The country currently is able to fund rehabilitation for around 15,000 users annually, however, because of budget cuts, in 2017 they will only be able to fund treatment for 9,000 people.  This comes after President Widodo has promised to intensify the war on drugs.  Indonesia has been employing much more stringent consequences for those who are arrested for drug trafficking and includes execution as punishment.  The Commander of the National Narcotics Agency has stated that he will be increasing the number and types of weapons available to drug enforcement agents.  He has also cited the need for more sophisticated equipment, such as newer x-ray machines, as traffickers have developed ways around current security measures.

His inspiration has been President Rodrigo Duterte of the Philippines, who has lead a zero-tolerance campaign against drug dealers.  While they do not allow the death penalty for convicted drug traffickers, President Duterte has told the country that police and citizens alike should take deadly action against offenders if they are threatened with violence.  Unfortunately, since July 1, more than 2,500 people have been killed in this new war on drugs, and many report police corruption and a surge in vigilante killings.  Physicians in Indonesia are alarmed at the budget cuts because with the more stringent policies, more people are needing urgent care and rehabilitation.  Those who oppose these new tactics say that for many of these addicts, jail time is not the answer, but with funding for drug addiction treatment being cut, they are unsure of what to do.  More are turning to alternative therapies, such as herbal baths and other holistic treatments.  While the effectiveness is still questionable, the remedies are more cost-efficient.   For more information, you can go to http://www.reuters.com/article/us-indonesia-drugs-idUSKCN10D034

As part of the response to rising heroin and opioid addiction, Attorney General Mark R. Herring announced that 80,000 kits for medication disposal will be distributed statewide.  “We know that, in many cases, this opioid crisis has its roots in the medicine cabinet,” said Attorney General Herring. “Something as simple as a sports injury, dental work, or surgery can expose a person to powerful opioid medications that can eventually lead to abuse, dependence, and addiction. Once the pills run out or become too expensive, people find themselves looking for more illicit drugs to support their habit and they find cheap, potent, and inconsistent heroin on the streets.”  Recent studies have shown that there is a strong connection between prescription painkiller abuse and opioid-based drug addiction.

According to the National Institute on Drug Abuse, the number of opioid prescriptions has almost tripled in the past twenty-five years and the number of Americans who abuse heroin has doubled between 2007 to 2012, to nearly 700,000.  The NIDA also stated that one person out of fifteen who abuse a prescription opioid will try heroin within ten years.  Other benefits to these kits include disposing of the drugs without contaminating water sources and helping to make sure that the unused pills do not get into the hands of children.   The kits will be provided free of charge and will be available through Virginia’s Department of Health, or via hospitals, pharmacies, and non-profit organizations.  The response to the announcement of the program has been mostly positive, and some are calling for similar programs to be launched across the country.

If you or someone you love is suffering from drug addiction and/or alcoholism, get help today! With over 40 years of experience, Clearbrook Treatment Centers can give you the necessary tools for lasting sobriety. From a medical detoxification process to a customized addiction treatment plan, our dedicated staff will make certain to provide you with quality and effective care. Contact our Admissions Specialists today for further information. 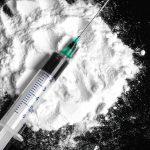 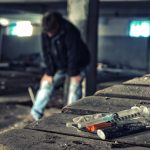