Today, we’re going to talk about why people use and/or abuse drugs. While many people may not see drug abuse as a legitimate sickness or mental problem, it can be hard to put yourself in the shoes of a drug user or addict and truly understand what’s going through their mind. Hopefully, this article will shed some light on the true cause of drug use and abuse.

People often overlook the power of the prescription, forgetting that while prescribed drugs are given by doctors, they are, after all, drugs. People become dependent on drugs such as painkillers and their prescription quickly turns to addiction. Prescription drugs like OxyContin and amphetamines (Adderall) are just as dangerous, if not more dangerous, than street drugs such as heroin.

For some people, drug addiction begins with a trigger as simple as emptiness. Often times you will hear someone in recovery talk about feelings of emptiness or as if they never felt “normal.” Almost as if they never quite fit in anywhere in the world. When feeling empty or lonely, they may make the choice to explore drugs as a means of filling the void that they feel within themselves. Often times, people find out that drugs are not capable of fulfilling their emotional desires, but at that point it is too late to go back. As tragic as this may be, it’s still a very common reason for drug abuse.

As simple as this reason is, it’s often overlooked. Going back to the feeling of emptiness, drugs usually are the thing that fills the void. Thus, users will spend countless years chasing that feeling of fulfillment they experienced the first time they used. Although almost everyone is aware of the dangers and consequences of using drugs, most people find the joy they experience while on drugs to be incomparable to any of the other experiences that they’ve had. While drugs may not be capable of providing long term emotional support, they do provide quick “feel good” experiences for their users, because many drugs work by increasing dopamine receptor activity within the brain, which is chiefly responsible for feelings of pleasure. As simple as it may be, many people use drugs just because they like the feeling of being high.

An overall trend in society lately is making drugs appear cool. Many celebrities and public figures like musicians, actors, and comedians will brag about their drug usage and make it seem like it’s a trendy, socially acceptable, and safe way to have fun. Additionally, potential addicts’ friends and family may be avid drug users. Young people are the most susceptible to influence from celebrities and their peers, as they often look up to them. When a young person’s favorite celebrity or peer is openly using drugs, they can’t help but get curious, try it, and get addicted.

Contrary to popular belief, marijuana is not the only gateway drug. “Softer” drugs like alcohol and nicotine can lead to addiction to more dangerous substances. It’s common for people to become numb to the effects of alcohol and nicotine and then move onto other illicit substances. All too often, people begin to drink more and more until their bodies are virtually immune to alcohol. At this point, when alcohol no longer provides the feeling that they’re seeking, people move on to other dangerous substances like OxyContin, heroin, and amphetamines. It’s important for even light drinkers and smokers to watch their intake so that they do not become dependent on alcohol and nicotine, as this dependency leads to addiction.

Today, drugs are more available than they ever were before. Through the proliferation of social media and the internet, it takes minimal effort to find avenues for purchasing and using drugs. Some websites even let users buy drugs online, as if they were purchasing items on Amazon! Because of the high availability of drugs, it is easier than it ever was before to find people who sell them. The internet has also made it easier to gain information on drugs, as people can now easily search for what prices are considered reasonable, finding a wealth of information.

To some (teenagers!), rebellion is beauty. Teens enjoy going against what their parents say and rejecting mainstream culture in favor of being unique. While being unique is important, drug use is not a good way to create your own identity. Many people, especially younger people, make the decision to use drugs just to stand out and be unique. It’s important to remind these young people that there are other ways to be unique without using drugs.

Some people don’t like seeing a doctor when they feel sick. Whether they can’t afford it, don’t like the doctor’s office, or think that they don’t need to, it’s inevitable that some people avoid seeing healthcare professionals in time of need. Instead of visiting trained professionals that can accurately diagnose and treat their illnesses, people sometimes choose to self-medicate or self-treat. While it’s not necessary to visit a doctor every time you catch the common cold, it’s important to know all of the potential side effects of common household medications before self-medicating, as some medicines may be addictive or harmful in certain quantities.

One of the most common reasons for drug abuse lies within drug users’ desires to escape reality. Many times, those that suffer from mental health diagnoses will use drugs and alcohol to self-medicate and escape the reality of their underlying issues. While drugs may provide a temporary escape from the real world, the truth is that drugs don’t do much in the way of improving reality. They simply help their users temporarily escape from it, only to come back and find that reality is inescapable. For people in this situation, the best course of action is to seek help from a trained psychological professional who can help them recover from their mental health issues.

While drug abuse can be caused by a multitude of factors, it’s important to be aware of the most common ones. By making those around us aware of the causes and effects of drug use, we can work together to help curb this epidemic.

Are you or a loved one struggling with alcoholism or drug addiction? If so, we can help. For more than 40 years, Clearbrook Treatment Centers has been providing quality treatment for those struggling with drug abuse and chemical dependency. Located in the mountains of northeastern Pennsylvania, you will have the ability to begin healing in a serene and peaceful environment. If you are ready to take the first step toward the rest of your life, please call our Admissions Specialists today. 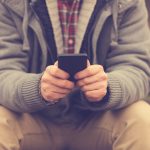